Welcome to the Mahopac Central School District Department of Curriculum, Instruction and Staff Development.  Our department is primarily responsible for ensuring that each child receives the very best education available.

We do this by focusing on high-quality curriculum, instruction, assessment, and remediation programs.  We also coordinate the professional development of all of our employees ensuring that we are using the most current practices to maximize learning in our MCSD classrooms.

In 1998, Linda Darling Hammond argued that“teacher quality is the factor that matters most for student learning.”This belief is further illustrated by Geringer (2003) who not only affirmed that a good teacher is a crucial factor in student learning, but stated that teacher quality outweighs the importance of standards,funding,and class size. Professional development is a common and necessary approach to improving teacher quality. 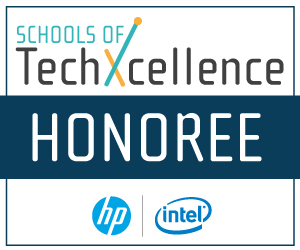 The Every Student Succeeds Act (ESSA) is a federal program that provides State Educational Agencies (SEA's) such as the New York State Department of Education (NYSED), with funding that can be administered to Local Educational Agencies (LEA's) such as Mahopac Central School District.  ESSA outlines how states can use federal money to support public schools. In January 2018, the federal government approved New York State's ESSA plan. The main goals of New York States ESSA plan include improving academic achievement in Math and English Language Arts, increasing the graduation rate,  improving English Language Proficiency for English Language Learners,  reducing student absenteeism, and ensuring that students are ready to participate in the college classroom, a career field, and in civic responsibilities.

School Districts that receive and administer ESSA funding, must disseminate free of charge, adequate information about the State Complaint and Appeal Procedures to parents of students, and appropriate private school officials or representatives.

Complaints/appeals regarding the administration and implementation of any ESSA programs that MCSD administers,  should first be addressed at the local level. Complaints must be sent first to the Superintendent of Schools or his/her designee. If the local district fails to resolve the complaint within 30 business days, or fails to resolve the issue to the satisfaction of the complainant, the complaint should be sent to the Title I School and Community Services Office, Room 365 EBA, New York State Education Department, 89 Washington Avenue, Albany, NY 12234.

If receiving federal education funding, ESSA requires local districts and schools to  conduct outreach to all parents and family members and implement programs, activities, and procedures for the involvement of parents and family members in programs assisted under this part consistent with this section. Such programs, activities, and procedures shall be planned and implemented with meaningful consultation with parents of participating children.

Please visit this site for updates as the district continues to collaborate and connect with all families.